Few stories capture people’s imagination like that of the “Seven Sisters”.

The Seven Sisters Story is told by aboriginal people all over Australia. The stories vary from area to area, but one common factor is that the Seven Sisters are always watchful or running away from the unwelcome advances of a male (Orion).

In NSW the sisters are called Mayi-mayi. Mayi-mayi were chased by a man called Wurunna. He succeeds in catching two of the women by using trickery. Eventually they escape and rise up into the sky forming the star constellation we know as Pleiades.

In the Kimberley area, the Seven Sisters were chased by the Eagle Hawk. He pursued them into the heavens where we now know the women as the star constellation called Pleiades and the Eagle Hawk as The Southern Cross.

In the Lake Eyre area the ancestor male who tried to capture one of the women was prevented by a great flood.

In Central Australia the women (who formed Pleiades) had been up in the sky for some time. They decided it may be safe to come back down to Earth. They made camp in a sheltered cave surrounded by a grove of wild figs. Nirunja, the man of Orion, saw them leave and followed them down to Earth. He made a screen to hide behind and from here he could watch the women without being seen. That night when the women went to sleep he entered the cave and wanted to lie down with them. But the women woke and once more they escaped him by going up into the sky. He, Nirunja, followed. He continues to pursue them in the heavens as the star constellation Orion. On a clear night you can look up into the sky and see Pleiades and Orion close by. He will never give up.

There are many myths about the Seven Sisters, and this story forms an important part of women’s ceremonies all over Australia.

If you would like to learn more about this fascinating story be sure to visit a special exhibition now showing at the NATIONAL MUSEUM of AUSTRAlIA in Canberra. “Songlines – Tracking the Seven Sisters” runs 15 September 2017 until 25 February 2018.

We have some vibrant works of the “Seven Sisters”. Available from our Noosa gallery. 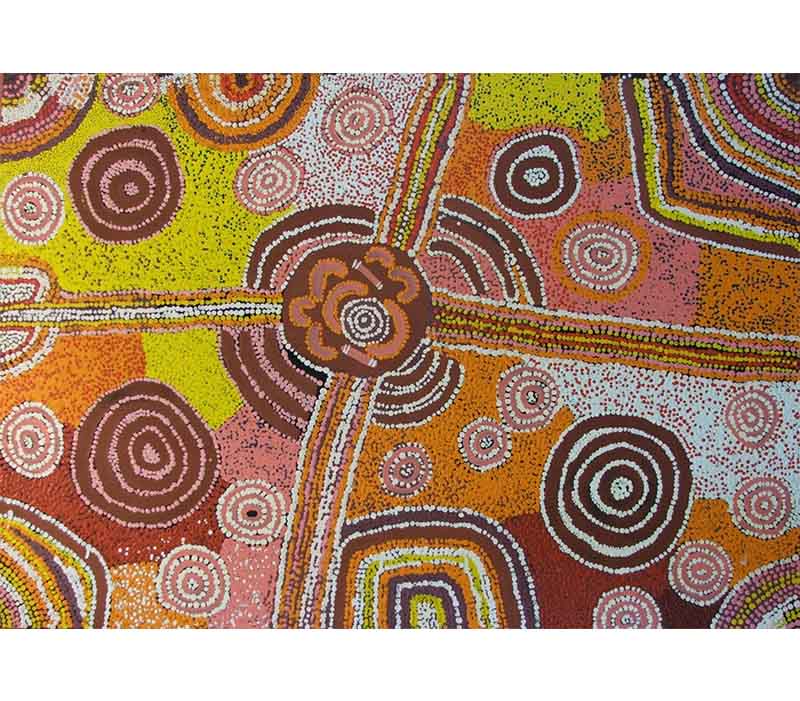 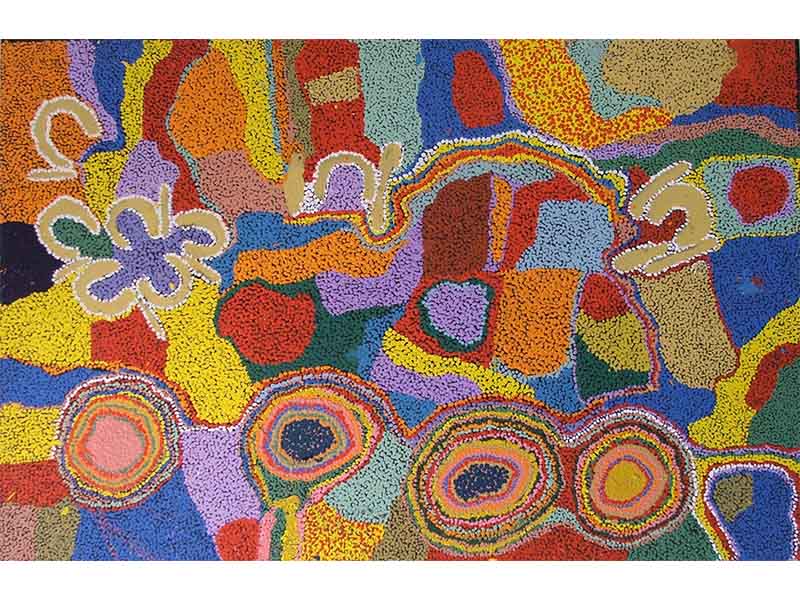 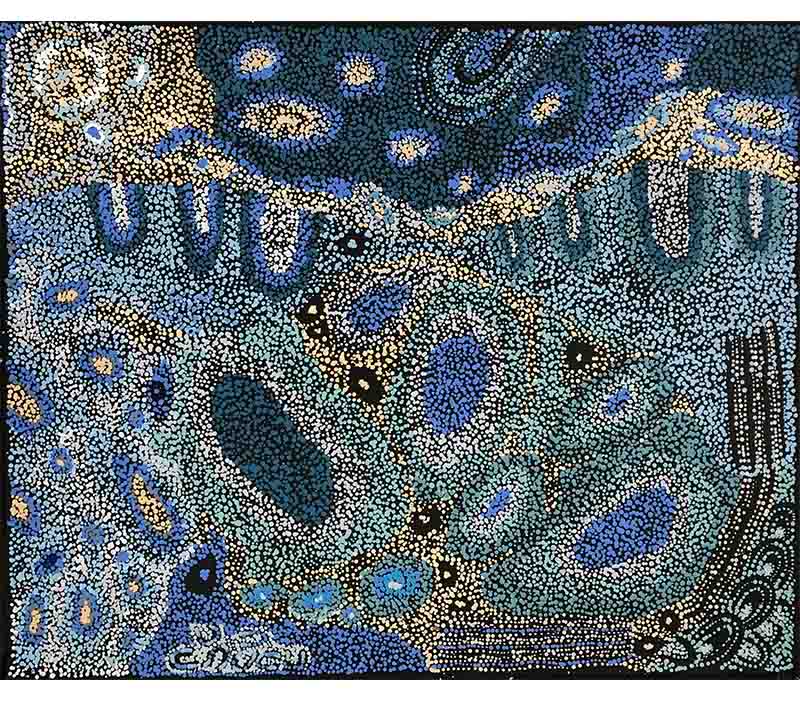