Ningura was born c. 1938 and passed away in 2013. She was no stranger to high profile exposure. In 2003 her painting was used as a motif on an Australian postage stamp (see below). Her works are housed in major private and public collections and museums all over the world.

Ningura was one of only eight Australian Indigenous artists to be commissioned in 2003 to collaborate to produce artwork to be permanently installed within the Musée du quai Branly in Paris, which opened in 2006. Ningura’s spectactular artwork adorns a ceiling within the museum (see image below). 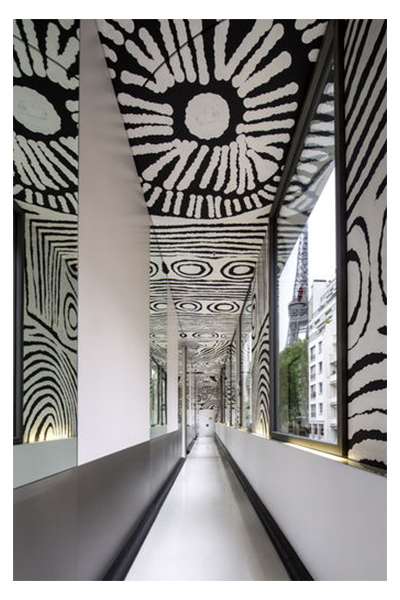 Ningura Napurrula was born at Watulka, which is south of Kiwirrkurra deep in the heart of the Australian desert. She moved to Papunya (approx 300km North West of Alice Springs), in the early days of settlement and was married to Yala Yala Gibbs Tjungurrayi (also deceased) an outstanding artist who painted for Papunya Tula Artists. 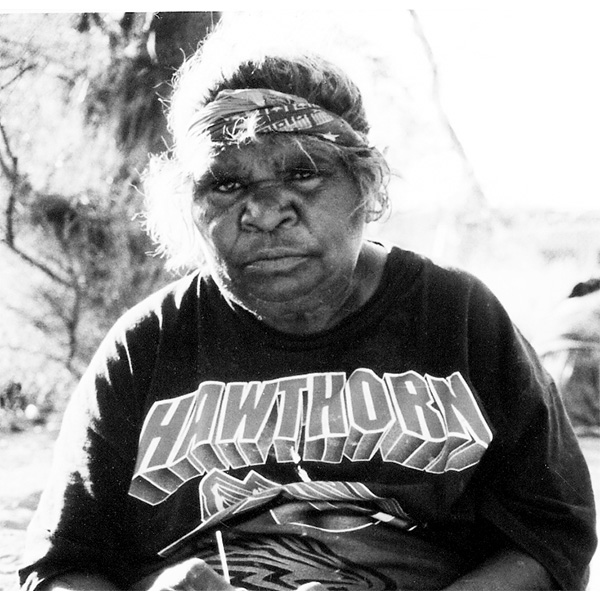 Ningura’s paintings depict mythological events of her female ancestors, the sacred sites that they passed and the bush tucker that they collected. The designs are associated with the rockhole sites of Palturunya and Wirrulnga, east of the Kiwirrkura Community (Mt. Webb) in Western Australia. The concentric circles represent rockholes and the arcs represent rock outcrops near the site. The lines coming from the rockholes represent water. The U shapes represent women camped at the site.

Ningura is one of the most important and collectable artists. A national treasure.

*The Musée du quai Branly – Jacques Chirac, located in Paris, France, is a museum featuring the indigenous art and cultures of Africa, Asia, Oceania, and the Americas. The museum collection comprises more than a million objects (ethnographic objects, photographs, documents, etc.), of which 3,500 are on display at any given time, in both permanent and temporary thematic exhibits.

We house a beautiful selection of works by Ningura. We welcome your enquiries. 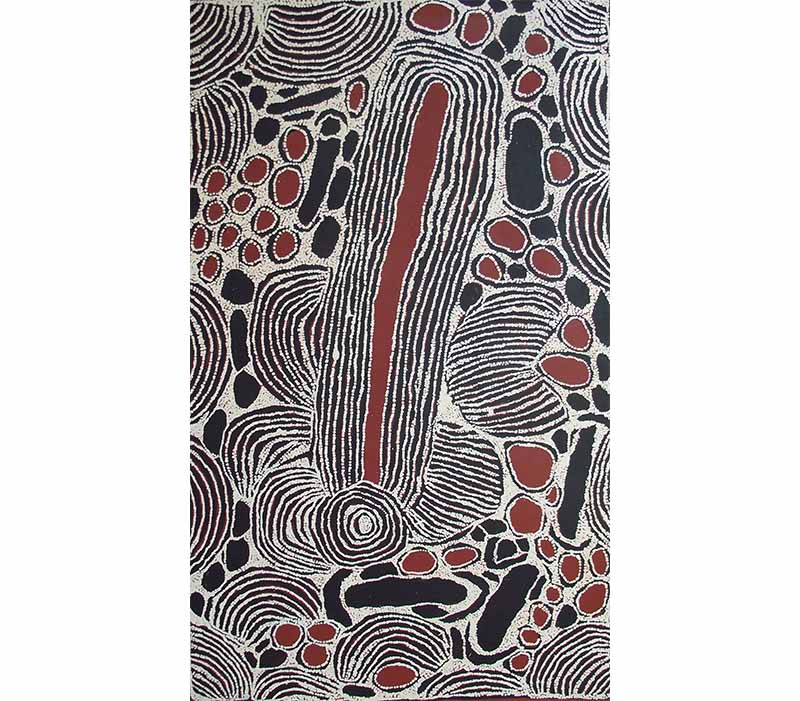 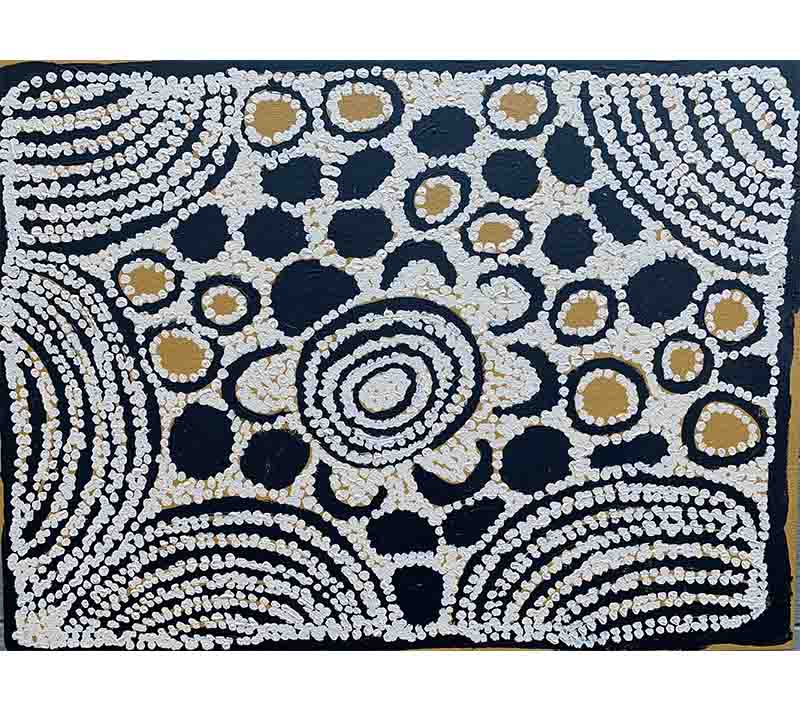 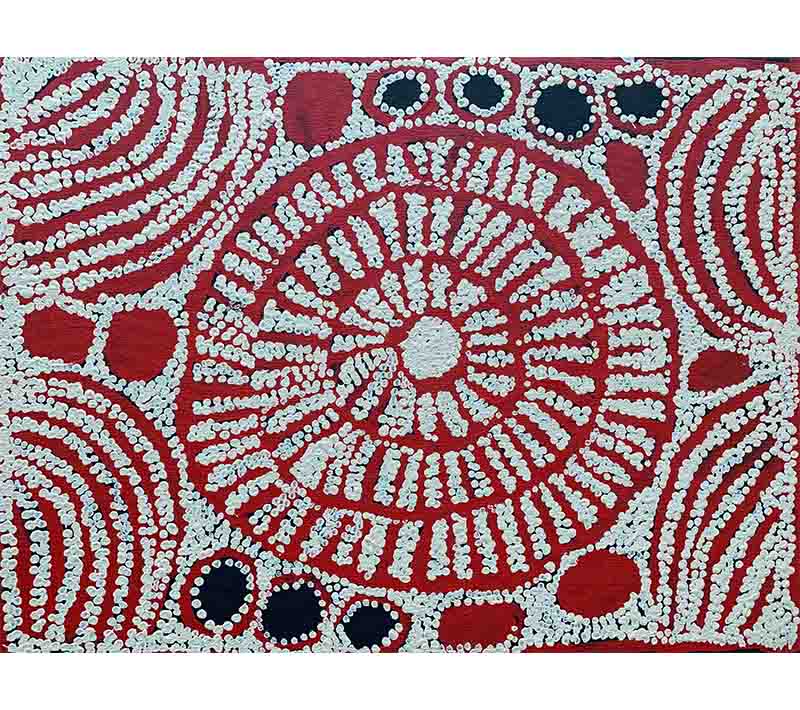 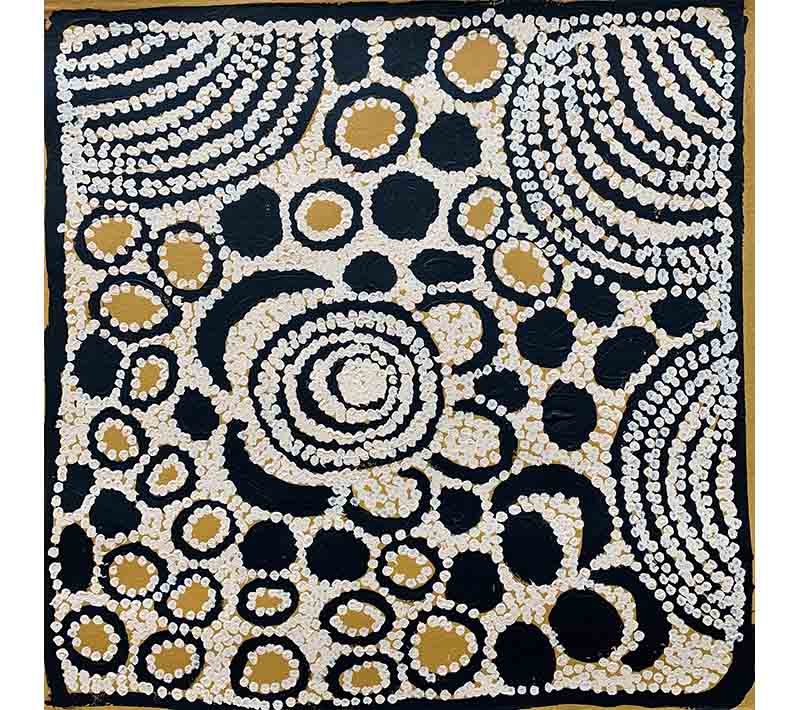